Amazon’s next step in physical retailing 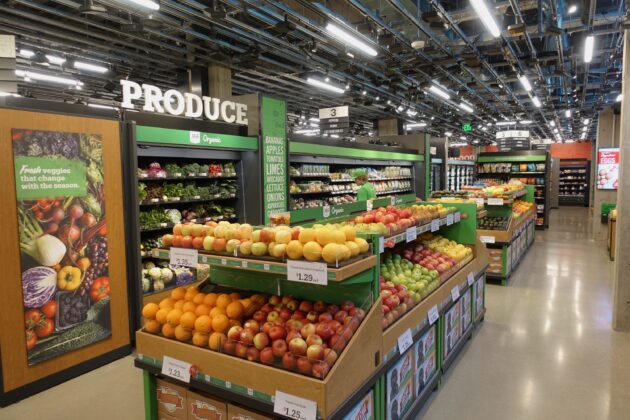 Amazon has opened its latest cashier-less store in Seattle – and at 10,400 sq.ft. it’s about five times the size of its previous Amazon Go outlets. The range is more comparable to a small supermarket than the food-to-go offering we’ve seen in its previous 25 stores.

Using cameras and sensors, shoppers simply scan their smartphone as they enter, pick up what they want and walk out of the store.

This development is further evidence of Amazon’s determination to pursue the lucrative grocery market, and crucially to do it in a disruptive way.

So, could we see these stores open in the UK?

The UK has strong potential as a trial market, with its advanced convenience retail offering, tech savvy shopper base and the concentration of its population around a few key conurbations. There is also evidence from our own research to suggest there is shopper appetite for the proposition. Consider that 78% of shoppers see Amazon as the most convenient retailer and 64% of 18-34 year olds say they would be happy to buy food and drink from Amazon. Amongst this younger group we also find that 62% would like to see Amazon open more physical stores.

There has already been much speculation of a UK Amazon Go launch and the retailer’s UK management team have made no secret of their ambition to take on the UK grocery market. We have also seen Amazon experiment with physical retail through the Clicks and Mortar stores it has opened during the past year.

While there would be many obstacles to success, not least the need to establish a robust grocery supply chain, the first tests will be to see how well the technology in this new more complex store format performs and how shoppers in Seattle respond such limited human interaction. We watch with anticipation.